I’ve had scissors out for Havvie to use at her art station for a while. Every time we would get a package delivered she would run and get her scissors so she could open the package with me. It has taken me a couple of tries to figure out how to present and support Havvie in doing this work.

The tray setup is quite simple. I’ve cut up strips of paper in one compartment and placed her scissors in there. The other three compartments hold the cut up pieces of paper. You might remember we used these pieces to make a collage in my last post. 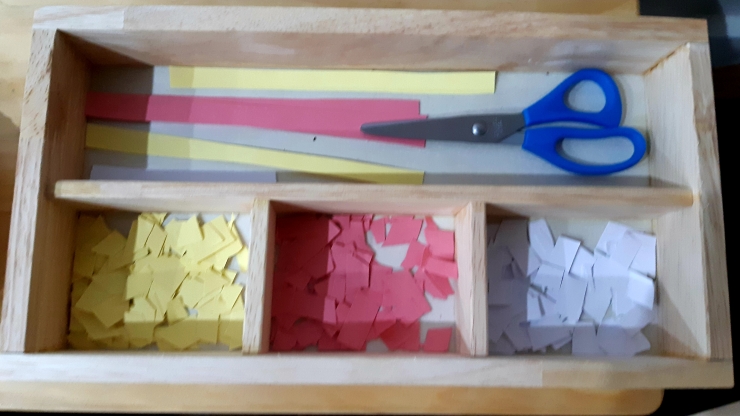 Havvie has picked up how to use scissors mainly through my modeling and a little bit of direction in terms of which way to hold them correctly. Here are some tips for setting this work up for success.

Here she is using her scissors. You can see the fierce concentration. Although the pieces of paper were going on the floor, I didn’t interrupt her while she was practicing.

1 thought on “Introduction to scissor work”